The death of a loved one, or having serious health problems oneself, has a way of highlighting the pettiness and pointlessness of much of daily life. What things might survive death? Personal afterlife (liberation, redemption, salvation, etc., depending on your views) and personal legacy (e.g., children and their inheritence, one’s own tangible and intangible contributions to the world, maybe choosing to live/die in a location where one would like to be reborn, etc.) are the main things I can think of. Except as things pertain to either afterlife or legacy, most everything else seems like short-term issues about which one shouldn’t get too stressed or invested.

Usually, I find that being well-educated and/or well-traveled makes people more open/large-minded, tolerant, patient, non-racist, non-nationalistic, peaceful, etc., and that being poorly educated and/or traveled makes people the opposite of those things. People who, mentally or physically, never go far from home usually seem to be the ones who are passionately attached to one (and against all others) religion, ethnic or national identity, sports team, local dialect of a language, and so on. A common metaphor for such people in south and southeast Asian countries is “frogs in a well.”

Many Buddhists apparently don’t know that the first Buddha images were probably created by Greco-Buddhists living in Central Asia. For example, below is one of the earliest Buddha statues, from perhaps the 1st-3rd centuries CE in Gandhara (present-day Afghanistan). Notice the European facial features. 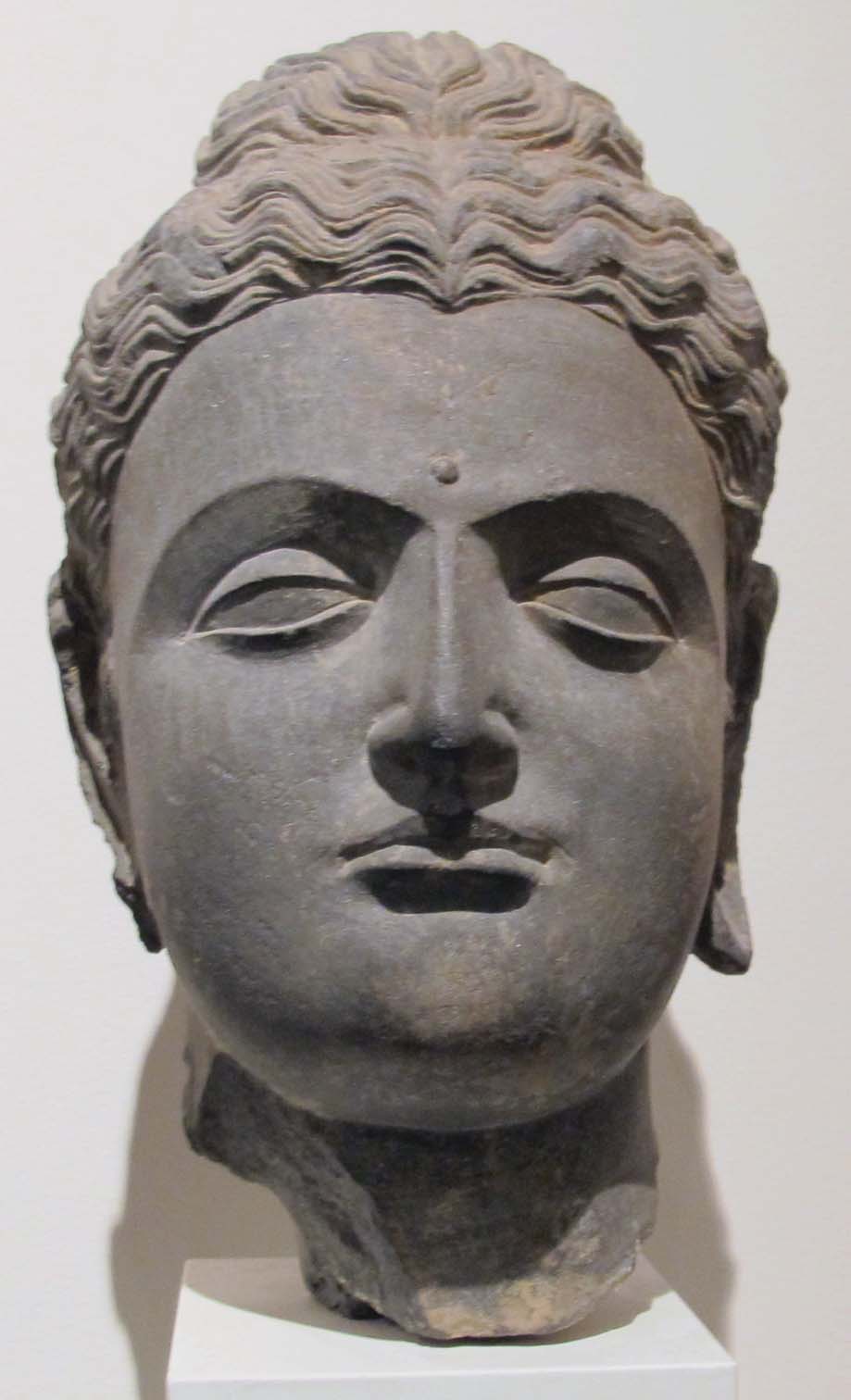 Early Buddhism was mostly aniconic, representing the Buddha with objects like a footprint, an empty throne, a Dhamma/Dharma Wheel, etc. For example, here is an early Indian sculpture from perhaps the 2nd-3rd centuries BCE in Bharhut, India, representing the Buddha as a garland and Dhamma Wheel. Notice that the Wheel’s spokes look more traditional/Hindu, not the Eightfold-Path Wheel usually seen today.